As the greatest fuel crisis ever seen shows no signs of letting up, the question whether or not there is worse to come is posed. One might expect, after so long with such high prices, that prices may return to a sense of relative normality.

Firstly, we need to examine the cost determinants of petrol and diesel. As of 4th July 2022, the UK has average costs of 191.9p per litre, with diesel averaging 199.9p per litre. Crude oil costs make up the most substantial portion of fuel pricing, determining 50% of the final cost. According to Ti’s database stands at $114.3, an increase of 454% compared to the price per barrel on 1st April 2020. In addition, almost half the price of a litre of fuel consists of fuel duties and taxes. This works out at 46% for unleaded petrol and 45% for diesel. The remaining 4/5% is the profit margin for retailers, highlighting it is a precarious time for the entire industry and there are no real winners. In March, the Chancellor of the Exchequer Rishi Sunak cut fuel duty by 5p in what was seen as a ground-breaking move. Since then, prices have risen by more than 60% from around 130.9p per litre to the figures we see today.

It is not just the UK and Europe that has been impacted greatly by the crisis. The Sri Lankan government has recently announced measures to reduce the impact of the fuel reserves officially running out. There have been nationwide school closures and prolonged power cuts as the country experiences its worst economic crisis in history. The government has halted all but essential services as well as purchases of fuel. The hope is that it will stretch out the remaining supplies for a few more days whilst emergency supplies are desperately sourced. The country is deeply in debt regarding the payments for diesel which, as aforementioned is reaching historical highs, to add to debt which has plagued the current administration for years. Social unrest is growing, with riots and demonstrations increasing in both frequency and severity. Inflation too is at an all time high, reaching 54% in the country, leaving many households unable to afford basic items such as food and clothing.

Ukraine is facing a similar fuel-related crisis. The invasion and its impacts have been well-documented, but as the country attempts to return to some sort of relative normality, the next thing posing a great threat is the cost of fuel and subsequently the cost of living. 80% of Ukraine’s fuel pre-war was imported, with the vast majority of it coming from Belarus. Russian missiles had targeted fuel stores, as well as ships blocking access to stop fuel being used within the country. The country will soon be on its knees with its main source of export revenue – the agricultural industry – scheduled to take a major hit as a result of a lack of fuel available for the vehicles needed to cultivate crops on a large scale.

Hydrocarbon trade is an essential pillar of the global economy in that every other commodity requires fuel to be produced and exported, the shortage and rising costs of it are something that is an issue for all imports and exports in the world. It has also had a major impact on global gas prices, whereby the prices are rising at a stomach-churning rate. Natural gas is reaching all time highs, with the cost of transporting it only increasing more and more. The cost of running road freight vehicles is increasing essentially on a daily basis, meaning carriers, shippers and forwarders are all having their businesses heavily impacted, reducing profit margins quite substantially. For now, this will be the outlook for the rest of the year and heading in to 2023, as these large-scale economic traumas wreak havoc that’s to their impact lag. Keep a close eye on how economies and companies react in the coming months. 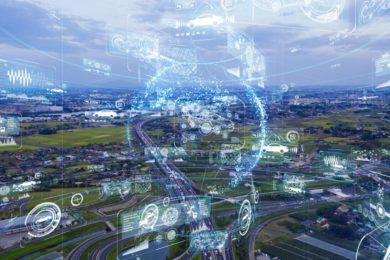